A wee little thing I wrote.

BTW - plan to head back to Timor-Leste in July.
Posted by Unknown at 6:31 PM No comments:

Three days to go. Feels strange. Struggling with motivation, just want to be home. Conversely, I will find it hard to say goodbye. Made some good friends here and there is part of me that doesn't want to go. But my time is over and I do need to get back. Gonna try and finish the draft of a small article and post it here by the end of the week hopefully.

I'll be in Darwin on Friday morning. Back in Canberra on Tuesday 7 August.
Posted by Unknown at 11:40 PM No comments: 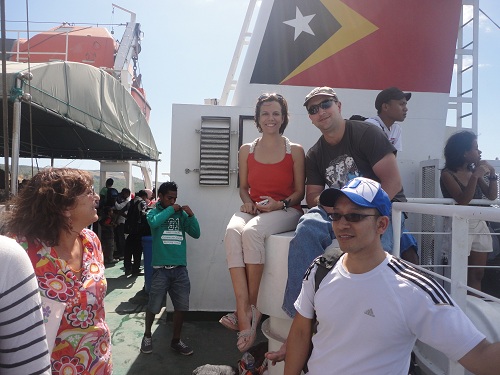 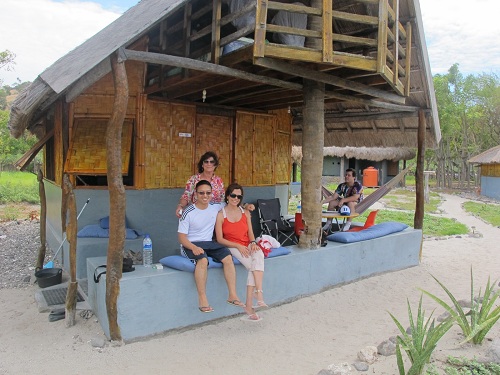 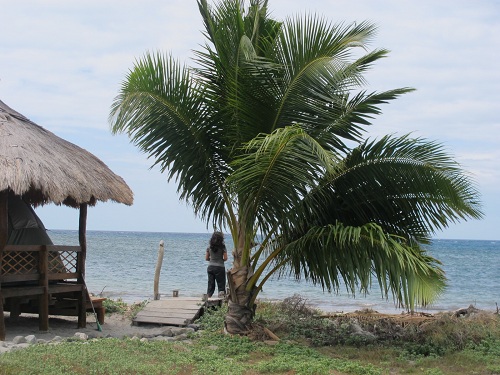 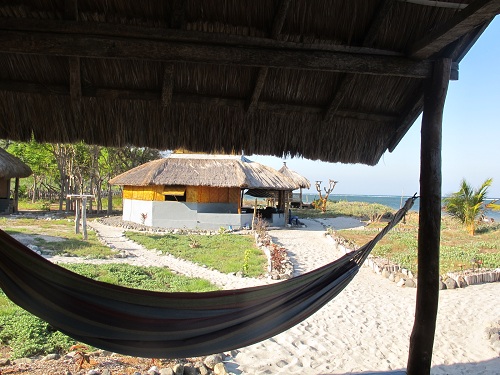 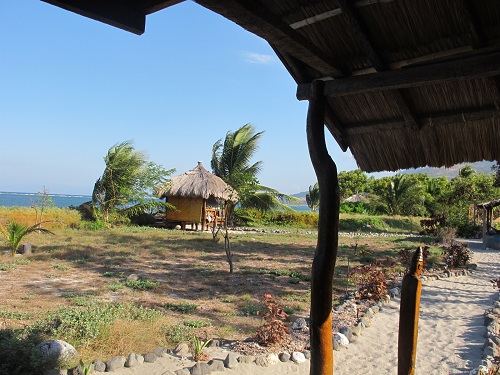 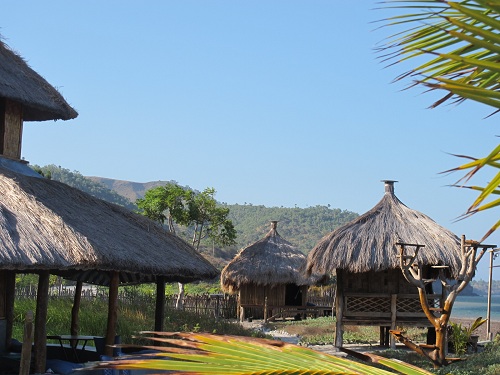 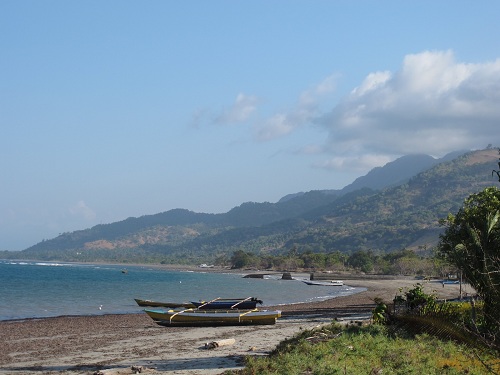 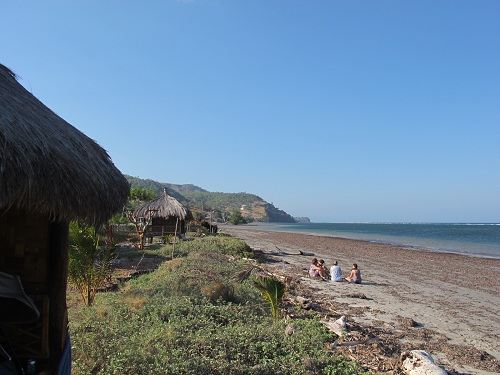 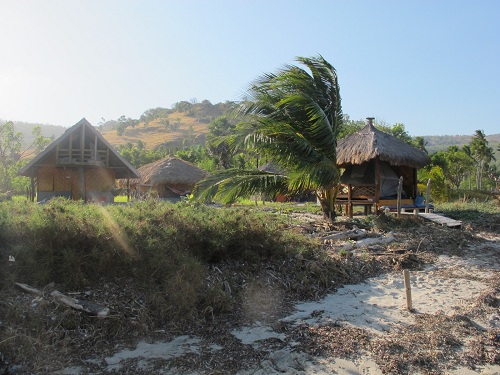 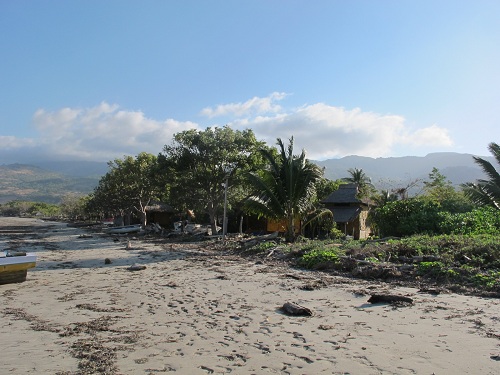 I've got two weeks left before I return to Australia. There's a lot on my plate and there won't be much time to do other stuff unfortunately. Wanted to do some traveling and see the districts but with the current security situation, it doesn't seem like a good time to do it.

The situation as of today, Friday 20 July, in Dili: things 'seem' to be going back to normal. Well, it's more normal than it has been since Sunday. I hate using the term 'seems' but I really can't be unequivocal about describing the current situation. Appearances can, and are usually, deceptive. But it's all I've got.

There are still occasional incidents of rock throwing and road blocks in Dili, but they 'seem' to be on the wane. I haven't personally experienced anything, fortunately. Sunday and Monday was kinda freaky. I was out with some friends on Sunday when we started to hear reports of violence. We decided not to go home that night; it was not safe by all reports. Police had confronted demonstrators there. We crashed at a friend's place instead.

My housemates and I stayed home all Monday. Dili would have been a ghost town I suspect. Made it into the office on Tuesday, though it was only for half a day. Lots of people were sent home by their office.

Even now, going out at night doesn't feel like a sensible thing to do.

I don't believe I'm so close to finishing. It has gone very quickly.

I'll be writing another blog in response to the election results and the aftermath of the announcement of the formation of the new government.

Xanana Gusmão and his political party, the National Congress for the Reconstruction of Timor (CNRT), are well positioned to enhance their electoral strength and influence in Timor-Leste by the end of the 2012 election season. They were successful in backing the ex-commander of the armed forces (F-FDTL), Taur Matan Ruak (TMR), in the presidential election. CNRT is campaigning hard for the parliamentary election and is confident of improving on their 2007 result of 24 per cent of the vote and 18 seats in parliament; Gusmão has even spoken of a CNRT ‘sapu rata’, or clean sweep. Two reasons such claims should be taken seriously are: the connection between the charismatic leadership of Gusmão and the historical legacy of the resistance movement; and the benefits of incumbency.
Charismatic leadership and historical narrativesCNRT was essentially founded on the personal popularity, imagery, and reputation of Gusmão. He played a crucial role in reorganising the resistance struggle and became the Commander-in-Chief of the armed wing of the resistance movement, FALINTIL, in 1981. Gusmão was able to continue to play an important role in the independence struggle despite being captured in the early 1990s. He was voted in overwhelmingly as president of Timor-Leste in 2002.
CNRT has developed, and deploys in its campaigning, a historical narrative that places primacy on the resistance movement as central to their identity and source of legitimacy. This historical narrative is not constituted in the form of a political movement, which is the case with FRETILIN, but rather, it is distilled and embodied in one person, Gusmão. CNRT is the tangible party political expression of this essence. The charismatic leadership of Gusmão is thus at the core of CNRT’s identity and source of support.

CNRT presents itself as an inclusive, nationalist force through which everyone can participate. As one banner puts it, Gusmão is the ‘Father of National Unity’. Examples of this include leaders of other parties, like Jose Luis Guterres (President of FRENTI Mudanca) and Calistro das Neves (Vice-President of Partido Desemvolvimento Popular) publicly supporting Gusmão for another term as prime minister. Another example is FRETILIN Resistensia, a group of mainly disaffected FRETILIN members and supporters (whose leader is a former FRETILIN member of parliament), who are also backing CNRT and Gusmão.

Benefits of incumbencyThe benefits of incumbency will certainly assist CNRT’s chances in the election as well. Voters may link the significant benefits of government subsidies and welfare handouts with support for the ruling party, which would encourage continued support for CNRT. Political patronage, broadly defined as the flow of financial and logistical support from business and other elites to ruling parties, in exchange for the provision of construction and procurement contracts etc., appears to be increasingly common. A recently published list of pledged contributors to CNRT coffers, which totalled around US$2.65 million, is just one example of this patronage. Some of the big donors, BTK ($250,000) and Montana Diak ($200,000) for example, are companies that have been quite successful in winning construction and procurement contracts. Such contributions have provided a massive financial boost to CNRT during the campaigning period, allowing them to outspend their rivals.
Staying powerThe reasons for CNRT chances of staying in power are also based on how it got there in the first place. The civil discord that occurred in 2006 undermined the credibility and performance of the FRETILIN government. Gusmão, in his position as president, was able to place enough pressure on the government to force the resignation of prime minister Mari Alkatiri. In 2007, Gusmão took advantage of the expanding political space by forming CNRT to enter the fray and it had an immediate impact; CNRT backed José Ramos-Horta for president, who received almost 22 per cent of the vote in the first round, enough to enter the second round against FRETILIN’s candidate, Francisco Guterres. The extent of the anti-FRETILIN mood of the country became clear when Ramos-Horta swept through to victory with 69 per cent of votes in the second round. CNRT successfully formed government with four other parties after the 2007 parliamentary elections. In less than a year, CNRT had established themselves as the second biggest party in the country (with 24 per cent of the vote) after FRETILN, which received 29 per cent of the vote.
No polling has been conducted of voter intentions for the parliamentary elections. This makes the 2012 presidential polls a useful, though imperfect, guide to the results of the parliamentary elections. Based on the first round vote, FRETILN look to have consolidated their vote (close to 30 per cent) while CNRT look to be around the 24-25 per cent range if the result for TMR is any indication of CNRT’s popularity. TMR won a convincing 61 per cent in the second round. This was a very encouraging result for Gusmão and CNRT, though it would be risky to read too much into it. TMR is a very well respected man because of his association with the armed forces and was (at least nominally) an independent candidate who received support from a plethora of organisations and parties. Despite FRETILIN having maintained its status as the largest party, this situation may well change after the 2012 parliamentary election.
Two potential outcomesCNRT may well get more than 30 per cent of the vote in this election. Even without it, the most likely scenario for the future shape of the new parliament is one in which CNRT will lead an alliance of parties into government. The Democratic Party (PD) is well placed (partly thanks to Ramos-Horta supporting their campaign) and has worked with CNRT in the previous government. The Social Democratic Party (PSD) is another likely partner in future government with CNRT. Between the three of them, they would probably have enough seats to form government.

A second possibility worth mentioning is an alliance between CNRT and FRETILIN. Such an arrangement would have the advantage of CNRT having to only work with one partner in government, while also symbolically it would represent the bringing back of the ‘East’ back into the political tent. Militating against this outcome is the bad blood between the parties, as well as a how to divide up the responsibilities of managing the government and cabinet between all the big players (and egos) in both parties.

Evan Hynd is a PhD candidate at the School of International, Political and Strategic Studies in the ANU College of Asia and the Pacific. His research interests include East Timor’s electoral system, the behaviour of political parties, the role and nature of campaign narratives, and the relationship between political elites, business and development strategies.

Posted by Unknown at 4:36 AM No comments:

Please check this link out!

I wrote this about two weeks ago for the ANU. They got it up just before the election.
Posted by Unknown at 4:34 AM No comments:

Check out the Photo Album Page for awesome new images from my b'day party.
Posted by Unknown at 7:12 PM No comments: